A downloadable game for Windows

This game is currently in development. Constructive feedback is welcome and appreciated.

Press Start on a 2nd controller to play in local co-op!

it wont start after character customization..

Can you let me know some info about your computer? What GPU and CPU are you using, and how much RAM? Unfortunately, the game requires a solid GPU to generate the character faces and a strong CPU for the open world, but I'm considering various optimizations.

The visuals and overall feel of the game gave me a very nostalgic early 2000s vibe, almost like a 3d reimagining of Sparkster combined with a sonic adventure game inside of a traditional JRPG World.

The Character Creator was one of the weirdest but most interesting ones I have ever seen!

I found it weird that the camera could be moved without limitation around the x-axis I don't know if that was intentional or not but just wanted to mention that.

The Dash feels absolutely incredible, it's so fun to move around the world with it that I wish more games had that exact movement mechanic and I'm still trying to wrap my head around how it was programmed.

The Combat felt off at first but in combination with the dash made it so much like a cat and mouse game where you dash to avoid an attack and right after that try to dash in to attack the enemy.  Also bumping the enemies into lava feels rewarding and cathartic, making me wish there was a small mode where you were in a ring of some sort with the goal to Bump an enemy into the edge before they bump you into it.

The AI of the enemies were very well programmed, it must have taken days to make them safe themselves in the air from falling into the lava I just wish there would be more feedback for if you get hit or hit an enemy (like a freezeframe or a small screen shake) because right now I would only notice if I did get hit if I checked up on my health number.

Exploring the almost Dark Souls like World felt incredible, especially trying to find a way to get a chest on a hill for example, or seeing where you started your journey in the distance.

I hope more people play this because it is without a doubt one of the more unique games I have played and I can't wait what you and your friends are putting out next!!

The character creator is so cool! Really enjoy the vibe of the overworld what with the big blue sky, grassy fields and mountains. Combat against the knights had me in stitches, their movement is so good. And the scale of this world is so impressive.

As you mentioned you'd like constructive feedback - something about the movement/jumping felt twitchy at times, leading to my frequent demise in the acid swamps. With plenty of checkpoints this wasn't frustrating, but I wonder if movement could be tighter without sacrificing the awesome momentum mechanics you've got.

Thank you so much Ben!

Just finished my playthrough! I am so glad Billy stuck with Steelpaw; the design is whimsical, and stylish -- with a pretty neat arsenal of moves to boot. Wallrunning, and dashing feel comfortable and slick, especially when in combat; running along a wall, charging up, and headbutting an enemy into the lava brings great satisfaction. There are hidden mechanics as well, such as when hopping from lily pad to lily pad on the beach. Your Hero will kind of center towards them so you don't over/under shoot. This was pretty helpful, and much needed when being chased by enemies. Towards the second half of the game you'll encounter much more hostile creatures such as the knights, which really test your chops. However, the game never feels unfair, even against a swarm of enemies I would think, "I've got this," and find a way to dispose of them all. Be it through headbutts, charged slashes, or sheer will. Steelpaw also rewards you for exploring in the form of Chests, and unlocking companions. While some are trickier than others to achieve, the journey to them is always worth the ride. The scenery is gorgeous, their are mountain vistas, dilapidated mazes, murky caves, and even poison beaches.  It may not be a super long experience, but it's one that's worth the effort, Steelpaw packs a punch, and will put a smile on your face the whole way through.

Thank you so much! I'm really glad you enjoyed the game 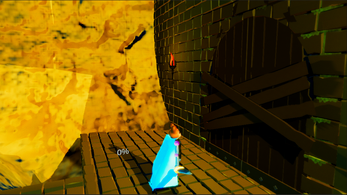 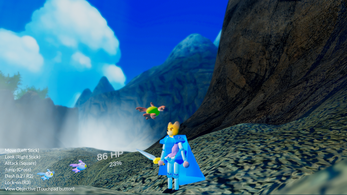 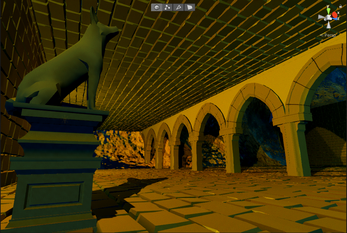 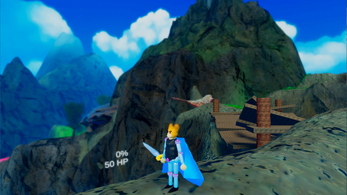